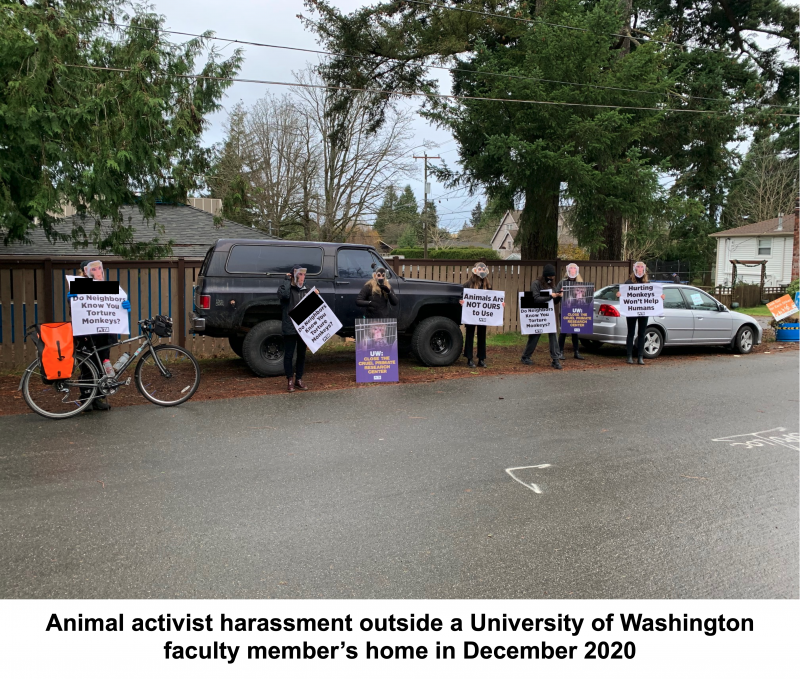 Seattle, WA – Five members of a University of Washington committee responsible for reviewing all animal-based research proposals have filed a federal lawsuit against the university seeking to protect themselves, their families and their colleagues from escalating hostility and harassment from activists who oppose animal research.

The five Institutional Animal Care and Use Committee (IACUC) members are asking the courts to block attempts by People for the Ethical Treatment of Animals to obtain their identities and also the names of more than 70 of their fellow colleagues who either currently serve or have served on the University of Washington IACUC committee.

This request comes in the wake of several troubling incidents highlighted in court filings. These include: