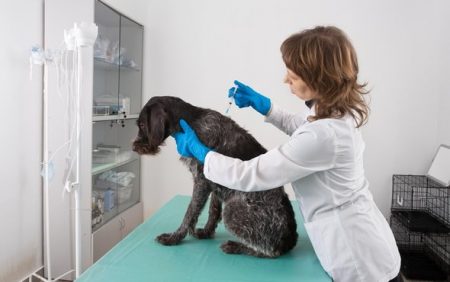 Stephen Johnston dreams of a future in which humans could protect themselves against all types of cancer with a single shot. As the biochemist envisions it, this prophylactic injection would train the immune system to pick off cancerous cells before they could mobilize into malignancies. The catch: many oncology specialists insist this is scientifically impossible.

Critics of the concept say tumor cells are too genetically complex to be consistently thwarted by zeroing in on any one target. Yet Johnston and colleagues at Arizona State University have been working on an experimental inoculation for the past 12 years. They tested blood from hundreds of humans and dogs with cancer to identify potential vaccine targets, then came up with vaccine cocktails and experimentally tested them in hundreds of mice with tumors. The researchers believe they have now identified a recipe that has the right stuff to keep tumors from forming. Johnston says his vaccine cocktail instructions remain unpublished because he made a strategic decision not to release them before securing intellectual property rights. Read more.