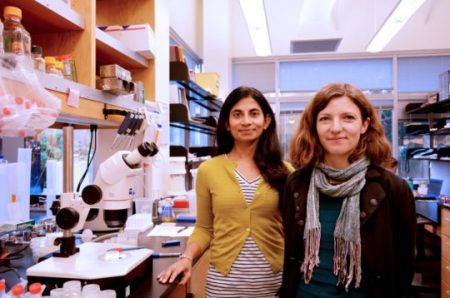 Biologists at The Scripps Research Institute (TSRI) have identified a brain hormone that appears to trigger fat burning in the gut. Their findings in animal models could have implications for future pharmaceutical development.

Previous studies had shown that the neurotransmitter serotonin can drive fat loss. Yet no one was sure exactly how. To answer that question, Srinivasan and her colleagues experimented with roundworms called C. elegans, which are often used as model organisms in biology. These worms have simpler metabolic systems than humans, but their brains produce many of the same signaling molecules, leading many researchers to believe that findings in C. elegans may be relevant for humans. Read more.