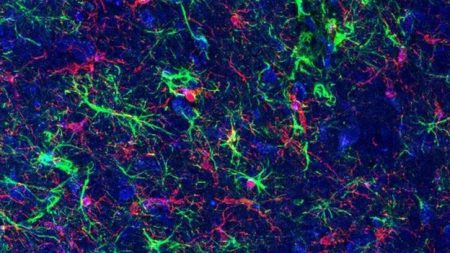 Immune cells in the brain – microglia – may be activated by bacteria in the gut. Photo courtesy of BBC News and CALTECH.

Scientists in California say they have transformed understanding of Parkinson’s disease.

Their animal experiments, published in the journal Cell, suggest the brain disorder may be caused by bacteria living in the gut.

The findings could eventually lead to new ways of treating the disease, such as drugs to kill gut bugs or probiotics.