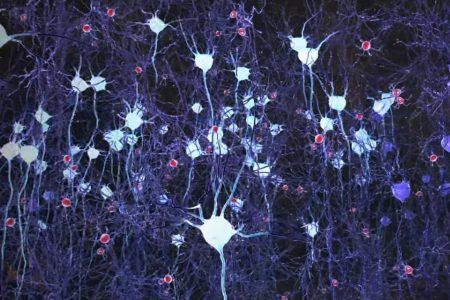 Neurons firing. Photo courtesy of The Atlantic and Picower Institute for Learning and Memory

When a crowd starts to applaud, each person initially does so to their own rhythm. But in some cases, those claps can synchronize, with hundreds or thousands or millions of hands striking in unison.

Something similar happens in the brain. When a single neuron fires, it sends an electrical pulse down its length. But large networks of neurons can also fire together, creating regular cycles of electrical activity that resemble the synchronized applause of a rapturous crowd. Formally, these are called neural oscillations; more colloquially, they’re brain waves. Read more.

Published by The Atlantic December 7, 2016