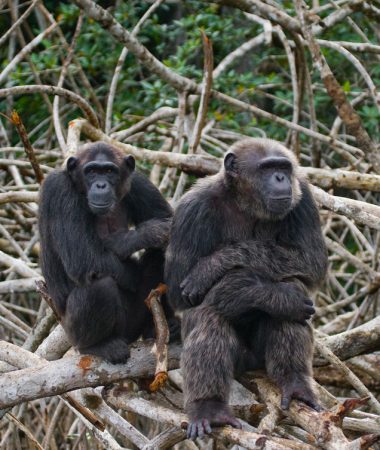 All great mind reading begins with chocolate. That’s the basis for a classic experiment that tests whether children have something called theory of mind—the ability to attribute desires, intentions, and knowledge to others. When they see someone hide a chocolate bar in a box, then leave the room while a second person sneaks in and hides it elsewhere, they have to guess where the first person will look for the bar. If they guess “in the original box,” they pass the test, and show they understand what’s going on in the first person’s mind—even when it doesn’t match reality.

For years, only humans were thought to have this key cognitive skill of attributing “false belief,” which is believed to underlie deception, empathy, teaching, and perhaps even language. But three species of great apes—chimpanzees, bonobos, and orangutans—also know when someone holds a false belief, according to a new study published today in Science. The groundbreaking study suggests that this skill likely can be traced back to the last common ancestor of great apes and humans, and may be found in other species. Read more