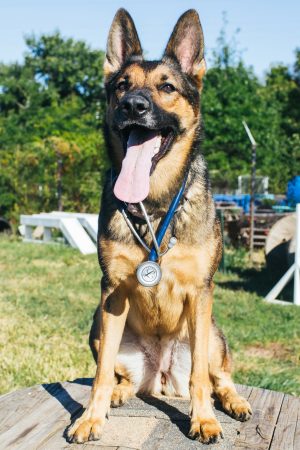 But the pooch isn’t just participating in agility, obedience and search training — she’s also on the front lines of cancer research.

Kuban is one of six fourth-year students at the University of Pennsylvania School of Veterinary Medicine followed in the new Animal Planet series “Life at Vet U,” premiering Saturday at 10 p.m. Tsunami has worked on the center’s ovarian-cancer-detection research project since it launched in 2013 to study whether odors emanating from ovarian tissue can provide a reliable method for early detection. Read more