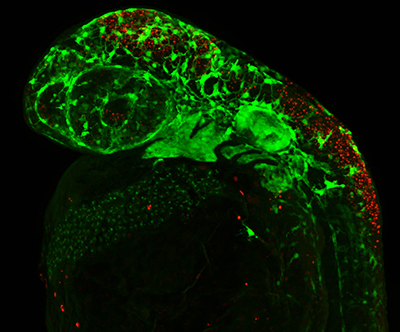 Scientists at the Stowers Institute for Medical Research have reported a detailed description of how function-impairing mutations in polr1c and polr1d genes cause Treacher Collins syndrome (TCS), a rare congenital craniofacial development disorder that affects an estimated 1 in 50,000 live births.

Collectively the results of the study, published in the current issue of PLoS Genetics, reveal that a unifying cellular and biochemical mechanism underlies the etiology and pathogenesis of TCS and its possible prevention, irrespective of the causative gene mutation. Read More.