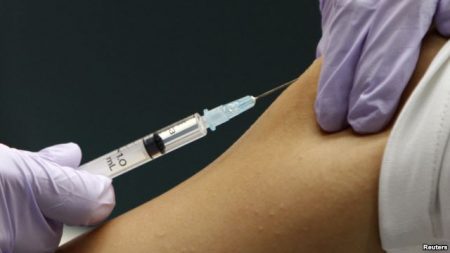 A medical worker receives a shot at a hospital in Tokyo. Photo credit VOA

A common tuberculosis vaccine is being investigated as a treatment for type 1 diabetes, which is caused by an attack on the body’s own tissues and affects mostly young people. The Bacillus Calmette-Guerin (BCG) vaccine has shown promise in reversing some of the symptoms of diabetes and other autoimmune diseases.

The BCG vaccine is the most commonly administered vaccine in the world, given to newborns in countries where tuberculosis is still prevalent. It increases the production of TNF, a hormone that kills off the TB bacterium. Read More.